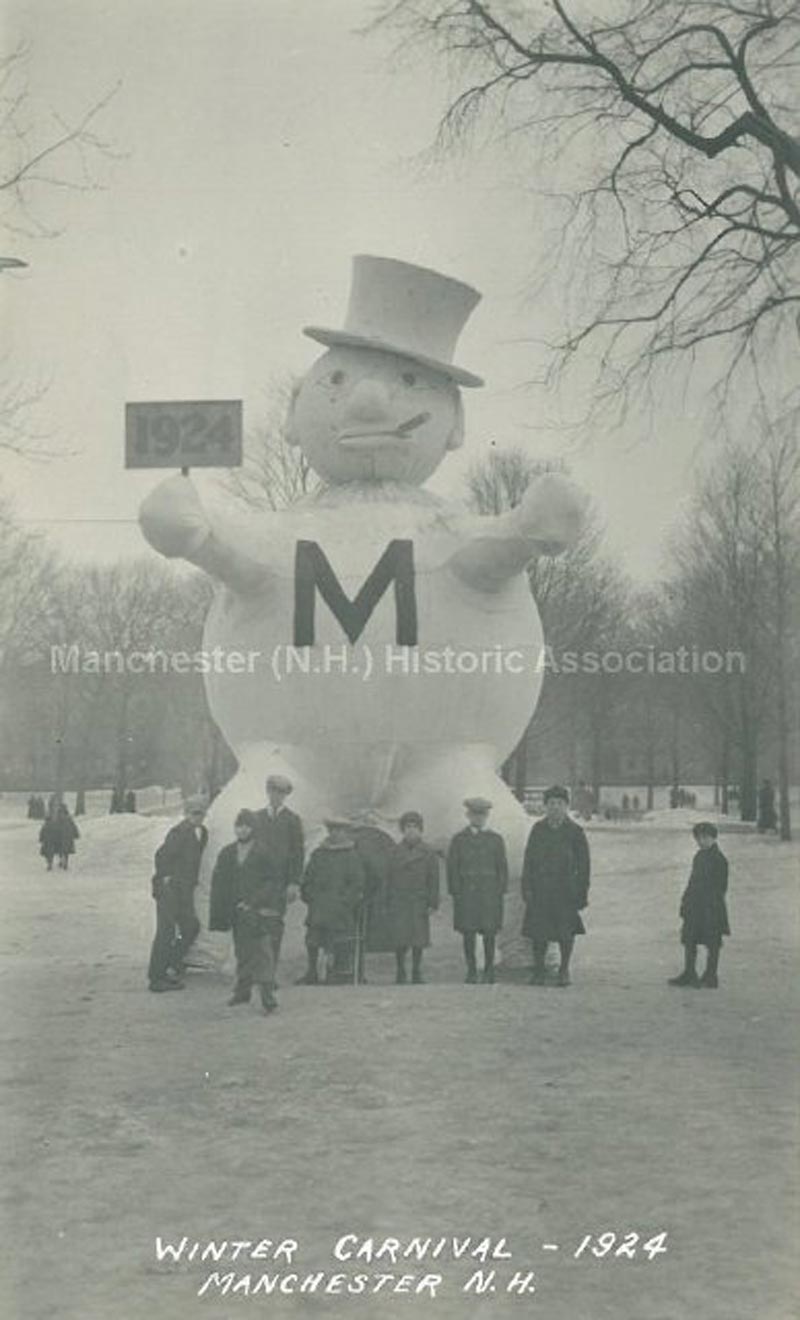 Perhaps you’ve noticed it too. People are walking around town like it’s mid-winter in Minsk and the vodka rations have just been cut. Why is that, I wonder?

In case you haven’t noticed, we don’t have a Winter Carnival in Manchester anymore.

Yup, in spite of a couple half-hearted efforts at revival, Manchester’s Winter Carnival up and died about 40 years ago. That means no more Winter Carnival Parades with the Muchachos. No more motorcycle races on the ice at Crystal Lake. No more ski jumping events at Gossler Park. No more corny Coronation Ball (which they should have called the Snow Ball) at the Carousel Ballroom. No more Carousel Ballroom, for that matter, but that’s getting away from the point.

And just what is the point? The point is that when we had the Winter Carnival, instead of spending our time indoors cursing the weather, we could go outdoors and curse the weather, which is an important semantic difference.

This seems like as good a time as any to point out that scientists have identified three ways in which living creatures deal with winter. They include: 1) Migration, 2) Hibernation and 3) Amputation, which is what happens to your naked extremities when you deal with winter by denying that it exists.

Actually, the third scientific method of dealing with winter is: 3) Resistance – such as growing fur or buying a flannel shirt, depending on your testosterone level – but if there were such a thing as a fourth method for dealing with winter, it would be: 4) Having a Winter Carnival.

Manchester had a great tradition of Winter Carnivals dating all the way back to the ”Roaring Twenties” – which I assume was a very noisy decade – but sometime around 1928, the members of the Winter Carnival Committee apparently went into ”Hibernation” (see number 2 above) and they didn’t emerge until 1958, whereupon they yawned and stretched a lot, then got back to work.

”I think we were still considered a dull, boring factory town back then,” Earl Rinker once told me, and just so you know, Earl eventually became as much a symbol of the Winter Carnival as the official snowman mascot, Sir Winterhurst.

“People didn’t think about flying down to Florida or the islands back then,” he added,”so the winter carnival was a chance to lighten up and have fun.”

Have fun? Around here? When the average winter temperature is minus-10 on the Centipede Scale? That means if you had 100 feet, all 500 toes would be frozen, right? When you could identify many of those who took part in the annual Winter Carnival Parade down Elm Street because they still have tubas stuck to their lips? Oh yes, what fun!

That parade was always a memorable diversion, however, whether it featured the Norwich University cannon shattering windows the length of Elm Street or the U.S. Air Force Bagpipe Band trying in vain to squeeze out a sub-zero tune.

Another annual highlight was the selection of the Winter Carnival King and Queen. By today’s standards, taking part in this quaint, traditional contest would instantly qualify candidates for a spot in the International Weenie Hall of Fame, but back then, the contest was like winter – totally cool.

As with true royalty, there was occasional linear succession – Bea White was queen in 1969 and her sister, Susan White, followed her to the throne a year later – but it would be hard to top the real-life, husband-and-wife, King-and-Queen team of Gus Coderre (1966) and Claire (Wurtele) Coderre (1965).

”The way you got to be queen was by selling Winter Carnival buttons, and I got my buns out there on the street and sold them to everybody,” laughed Claire, who sold 950 buttons, partly by cornering customers who happened into Top’s Cleaners on Belmont Street, where she had a part-time job. ”I went to St. Anthony, and it was a very big thing for someone from a small school to beat out the kids from West and Central.”

Thus, it was an equally big thing when her husband-to-be, another St. Anthony alum, claimed the male half of the crown a year later. Royal watchers who are getting bored with Prince Harry and Meghan Markle should note that the Wurtele-Coderre union produced two daughters, who shall henceforth be known as Princess Kristine and Princess Kimberley, at least until they have me beheaded.

By 1968, when the Winter Carnival was a 17-day festival, it was the second largest celebration of its kind in the country. Only in Minneapolis-St. Paul – where they have a holiday to commemorate glaciers – was there a bigger party.

While we have seen the winter carnival’s importance as a social diversion, it was also a vital athletic undertaking that pitted man against nature. There was barrel jumping, dog sledding, broom hockey, snowmobile racing and ice fishing. They even had a basketball game between the school board and the aldermen on donkeys, which, in hindsight, mostly pitted nature against the floor of the National Guard Armory

Then there were the socially relevant winter sports. Like para-shoeing, for instance. In case you don’t recall, para-shoeing was a natural melding of two highly compatible sports – sky diving and snow-shoeing

After all, back in the early 60’s, everyone needed to have some idea of how to deal with an in-flight emergency that might require you to bail out of a plane while flying over Grenier Field wearing snow shoes. I believe I have seen this happen to Wile E. Coyote on several occasions.

But mostly, it gave us exposure to frostbite. 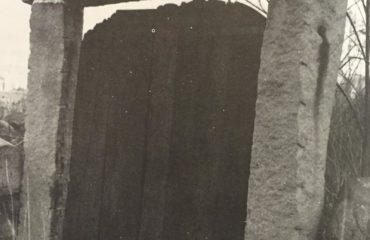